Filed Under: types of phobia Unknown 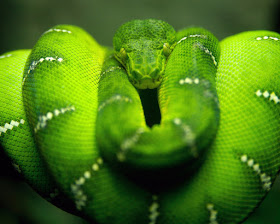 Fear of snakes phobia, ophidiophobia is one of the most common phobias known worldwide. Rating number 2 in the world's top 20 phobias, individuals having ophidiophobia may live life without anxiety as it is rare to come across snakes just anywhere except for a few who live in remote areas and farms or work in a zoo. Severe cases of ophidiophobia among patients may lead to heart attacks or even death at the slightest thought or images in books or on television of snakes - its that serious.

What causes ophidiophobia?
The causes of ophidiophobia are quite numerous, the major reasons being:
i. Genetic traits: yes! Ophidiophobia can be inherited from parent to child or grandchild or along that trend, so if a family member has the fear of snakes in their gene, then ophidiophobia might be inherited by someone else from such person along the line of the family chain.
ii. Witnessing or experiencing a traumatic event(s) by snakes: this may occur either by stepping on one, getting bitten or hissed at or witnessing such event happen to someone first hand or even through a narration. It all depends on how initially scared a person can get.
iii. From movies or documentaries: people often get the misconception of snakes after watching a couple similar television programmes on how blood thirsty or wicked snakes are which often times are exaggerated or heightened to cause more viewers for themselves(ever seen "snakes on a planes"?). This cause of ophidiophobia is majorly due to the result of having little or no understanding of snakes before hand.
iv. The ultimate fear of death: ophidiophobia is often related or linked to death, you see a snake and you feel it might be poisonous and killer thus you don't wanna touch it or move near it at all evidently because you don't want to die - that simple.

Symptoms of the fear of snakes
Ophidiophobic patients react rather violently when events involving them seeing a snake arise, such reactions include:
- uncontrollable anxiety when about seeing a snake.
- increased heart rate, heavy breathing, shaking or trembling at the sight of a snake.
- screaming or crying unconsciously or even fainting on seeing a snake.
- feeling to avoid the scenery at all means.

How to cure ophidiophobia
Among the many ways to overcome the fear of snakes, we have:
i. Cognitive Behaviour Therapy: this method of overcoming ophidiophobia helps the individual find the thought patterns that cause them to have the fear erupt. This means when the patient thinks of a snake, a second thought always follows such as "they are so scary", " the fangs, deadly!" and so on. The patient writes these thoughts down to help know when the anxiety starts and learns to replace the thoughts to positive facts.
ii. Desensitisation and reprocessing: [see also "stare your phobia in the eyes" here]. This method helps to overcome ophidiophobia by giving the patient images of snakes to look at gradually increasing their confidence and with time they have the ability and confidence to appproach a snake. however, its obviously not a day's job
iii. Group therapy: having a couple people all having ophipiophobia gather and talk about their experience can really help treat the fear of snakes. This method works for many other types of phobia and other psychological problems at large by simply discussing the phobia and doing simple group excersises to get rid of the phobia. A problem shared is half solved right? Such is the case with the group therapy. For instance, have you ever had a problem and shared it with a friend and later you find out you feel a little better just letting someone else know about your problem? Now imagine having to share your problem with a group of people having similar difficulties as ophidiophobia itself, you find out your fear isn't even as bad as you thought.
iv. Self therapy: while this method is not advised for certain phobias, ophidiophobia can be treated at home using simple tricks and tactics see my how to overcome phobia article and see which ways works for you on your quest to overcome ophidiophobia.