Trypophobia - the Fear of Holes

The fear of holes, trypophobia is a type of phobia where the patient is afraid or rather irritated by clustered and irregular pattern of holes. I, along with 15% of the world's population are said to be trypophobic, so you're not alone!(if that makes you feel any better). Trypophobia was rumoured to have been identified just 2005 making it a rather new type of phobia compared to the others.
Although it is called the "fear of holes", trypophobia is actually more likened to irritation and disgust because most trypophobic patients (like myself) on seeing irregular patterns or tiny holes feel like squashing or destroying such object or just the fear of having the phobia of holes on their actual skin.

Test for trypophobia
If you're irritated by the following images, then you are most likely a trypophobic.


Fear of mobile phones? 70% world population have it, you could too! Click to find out

Causes of trypophobia
Trypophobia, unlike the other phobias doesn't exactly have a known cause, however, scientists as always, have come up with the possible causes of the fear of holes which they mentioned it being the work of the brain. They further explain saying it is actually the brain that is said to be trypophobic and its trying to associate the holes with some kind of danger. This was concluded while interviewing some clients and the summary is given as follows:

i. The brain sees danger in such objects and wishes to keep them away example is the blue ringed octopus whose poison is enough to kill a man.
ii. Past experiences such as chicken pox, severe skin rashes and the likes may cause a permanent scar in the memory.
iii. The sight of holes in the body caused by parasites or infections(image 3) can get a person scared of such ever happening to them.
iv. A breed of octopus actually have suction tubes in their tentacles that are poisonous and thus, the neeed for survival at all costs arises the fear of holes, trypohobia.
Others unfortuately, like me just don't have really have a known reason yet. I mean, why would you be irritated by a sweet yummy honeycomb? 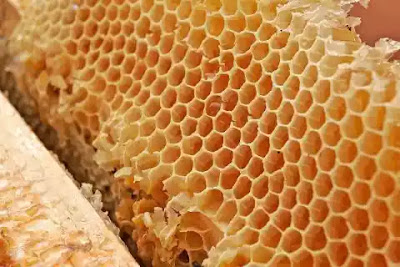 How to cure trypophobia
Curing trypophobia might be easy or hard or both! As a victim, I came across some ways to cure trypophobia myself and so I made an article with all the gathered knowledge on "How to Overcome Phobia". These methods have frankly helped up to this moment i'm writing this, to reduce but not YET completely eradicate the fear of holes I'm having( because i am not so persistent). Who knows, by the time you're reading this, i might just have already completely overcome my phobia of holes. Other methods include the popular Cognitive Behavioural Therapy which requires the service of an expert. Always remember however, that you can always avoid seeing trypophobic images making trypophobia one of the easiest avoidable phobias, how often do you see a bunch of irregular pattern holes anyways? To round it up, there is little we know today about trypophobia and in fact is not officially recognised as a phobia.

Do you think you're trypophobic? How did you feel after seeing those images? Kindly comment below, your response will highly be appreciated!